The years with GALERIA URBAN FORMS – In Lodz, Poland 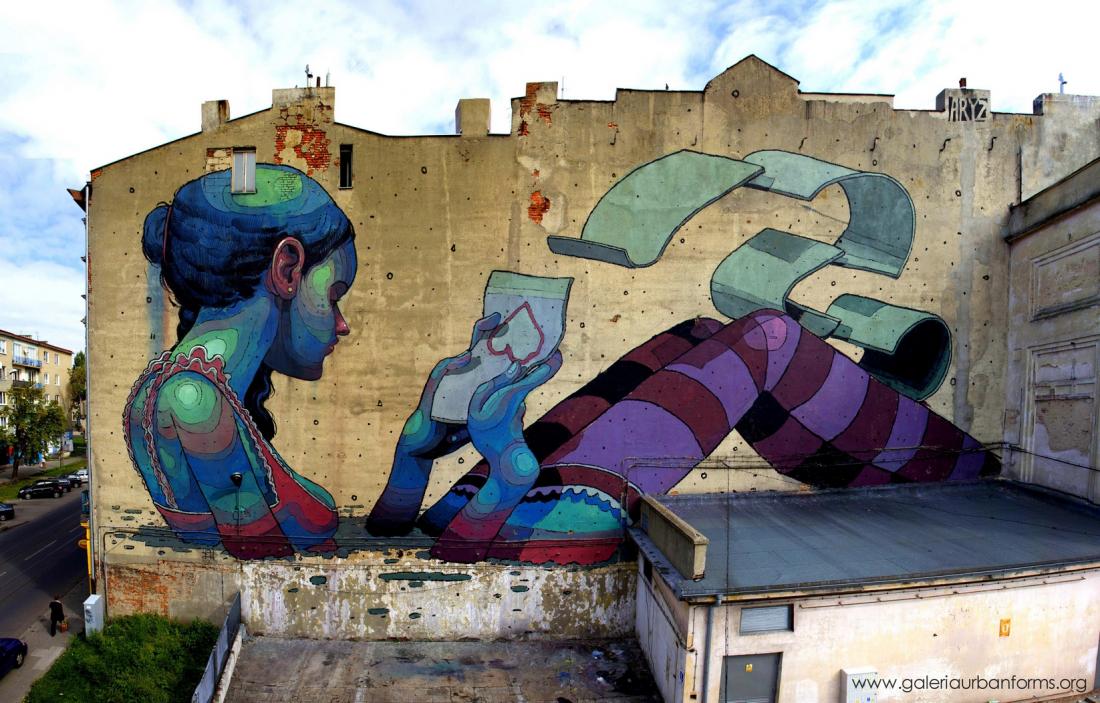 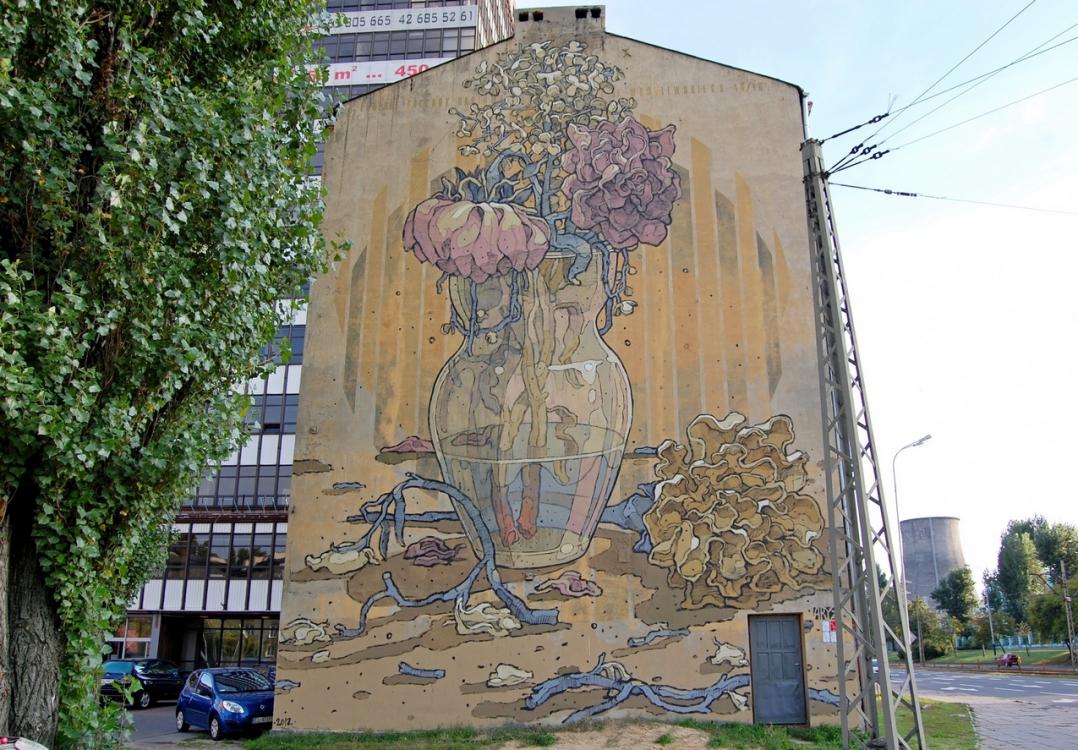 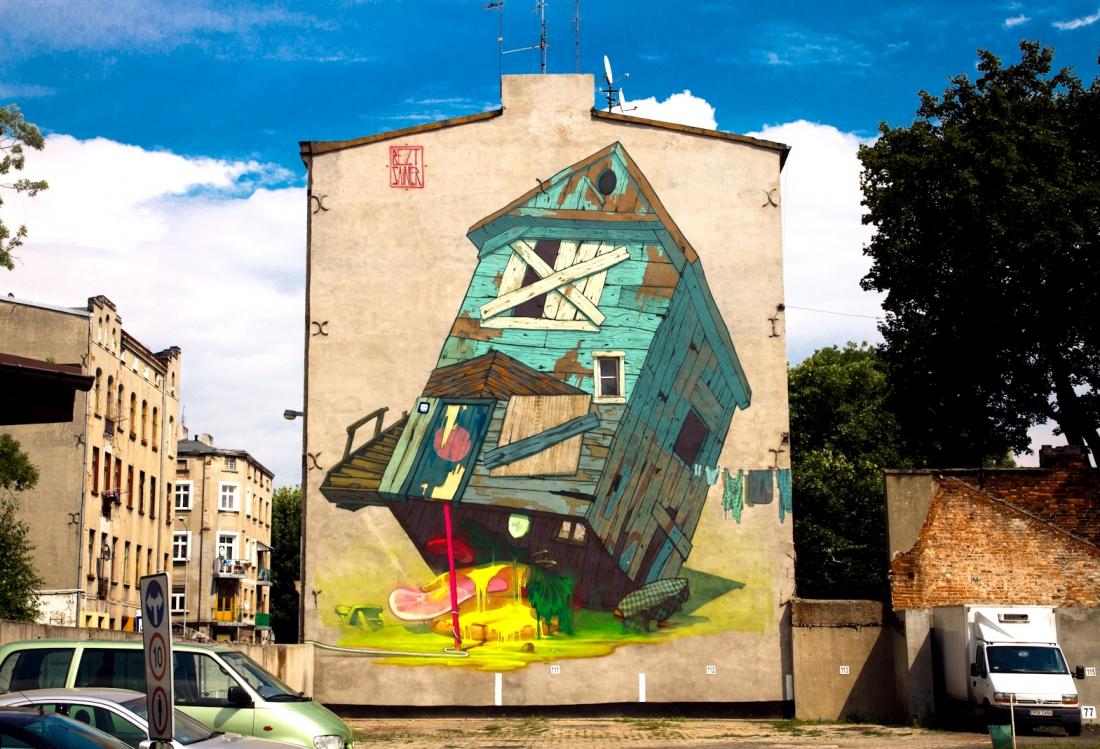 By Aryz and Etam Cru. 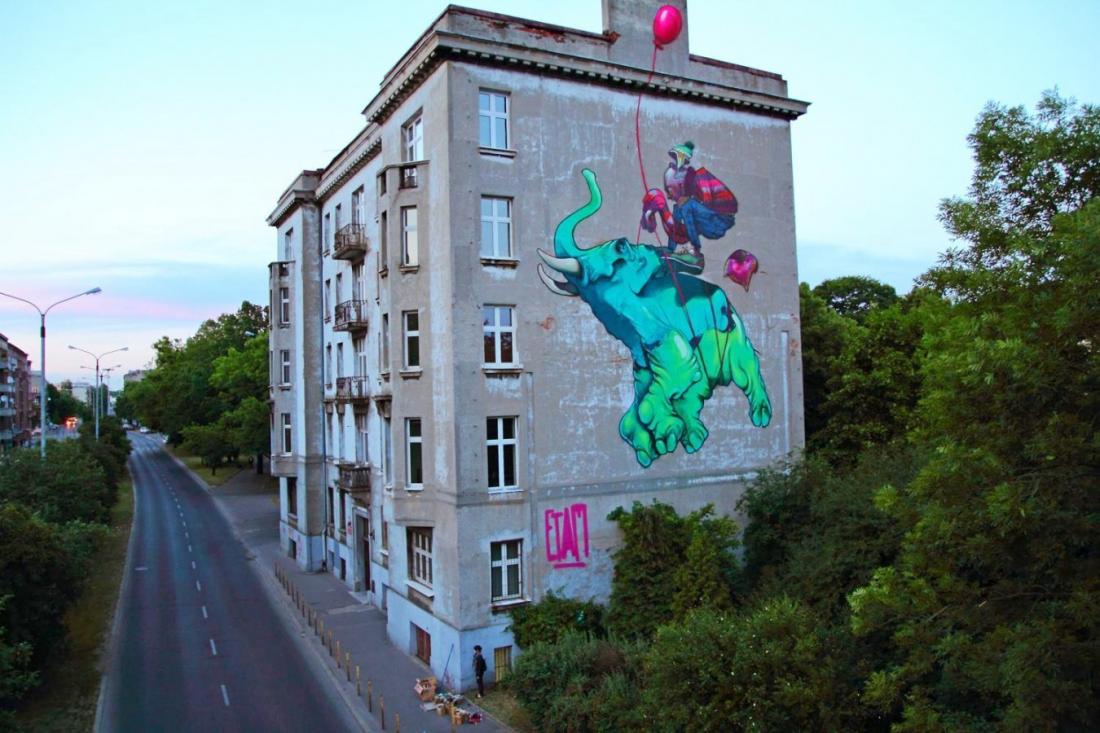 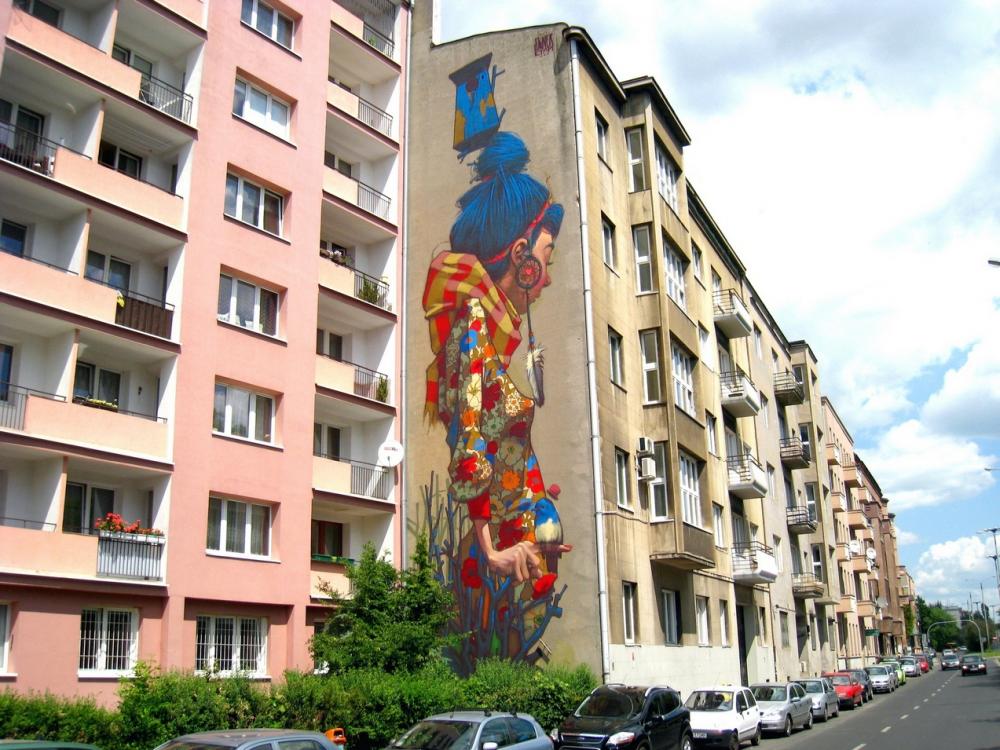 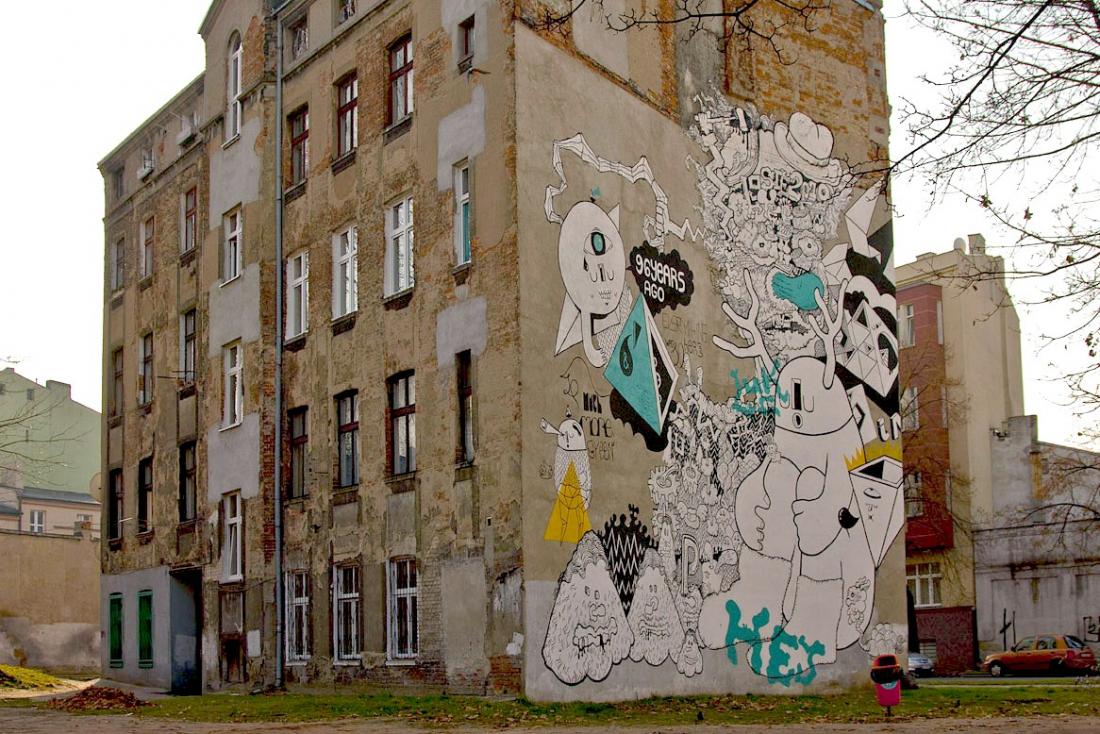 By Gregor and Chia Chia. 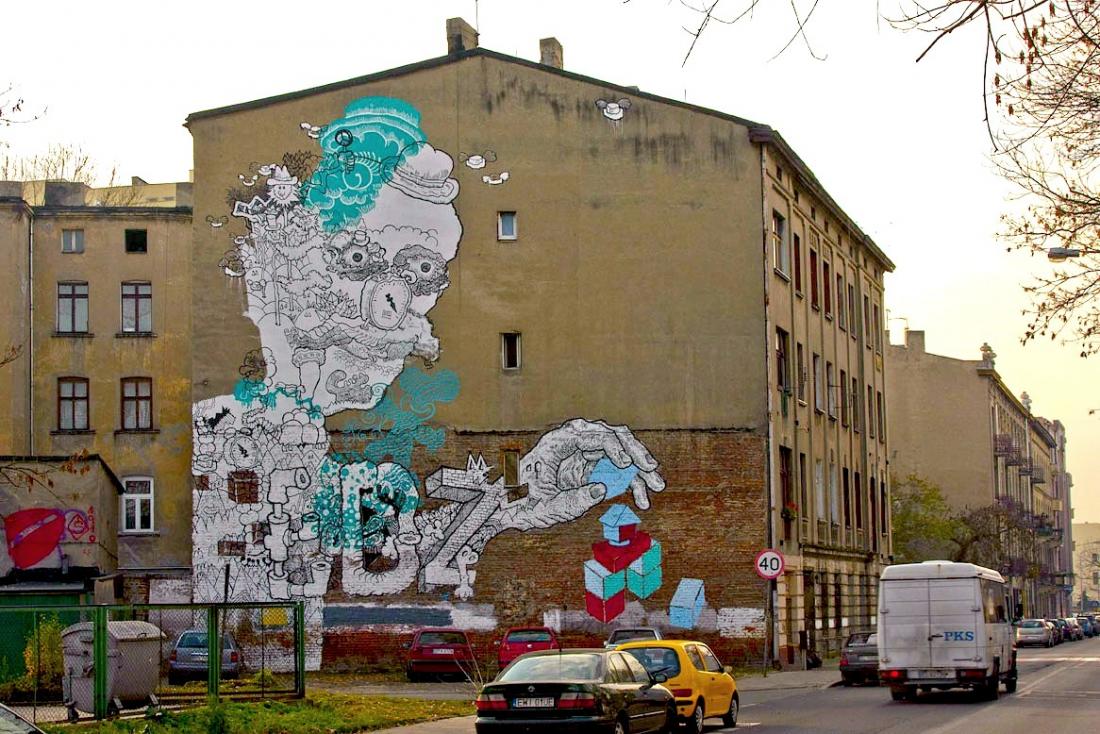 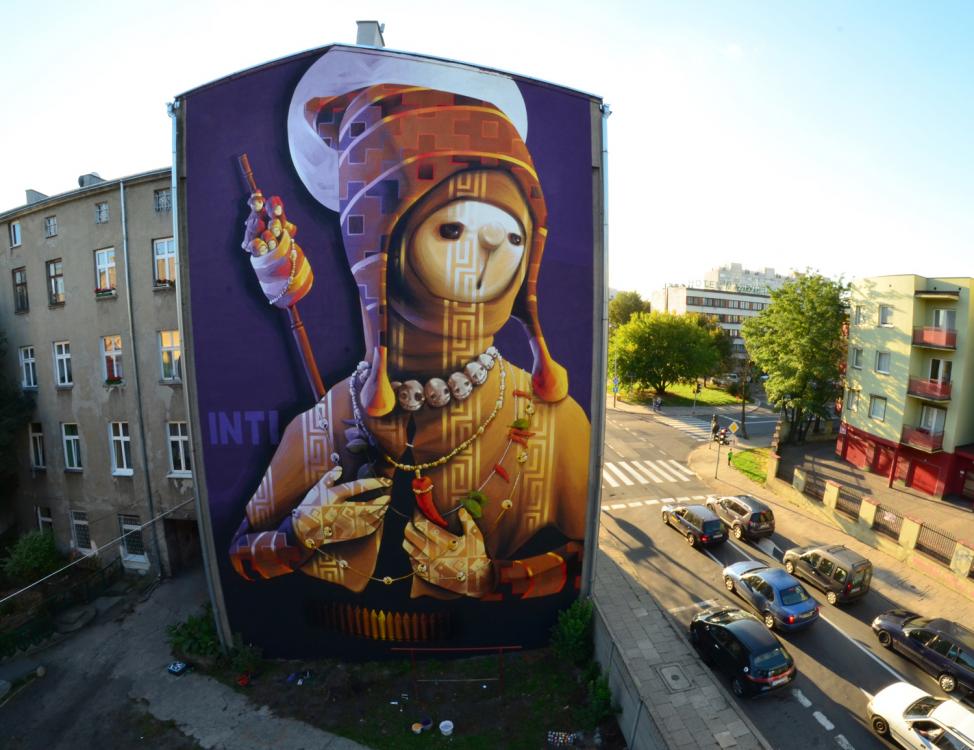 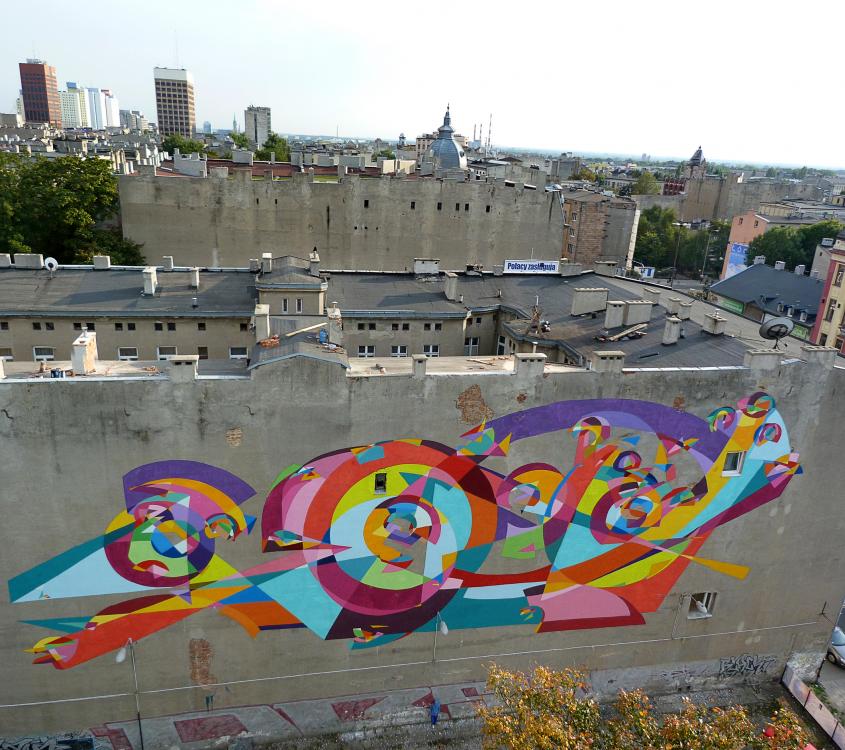 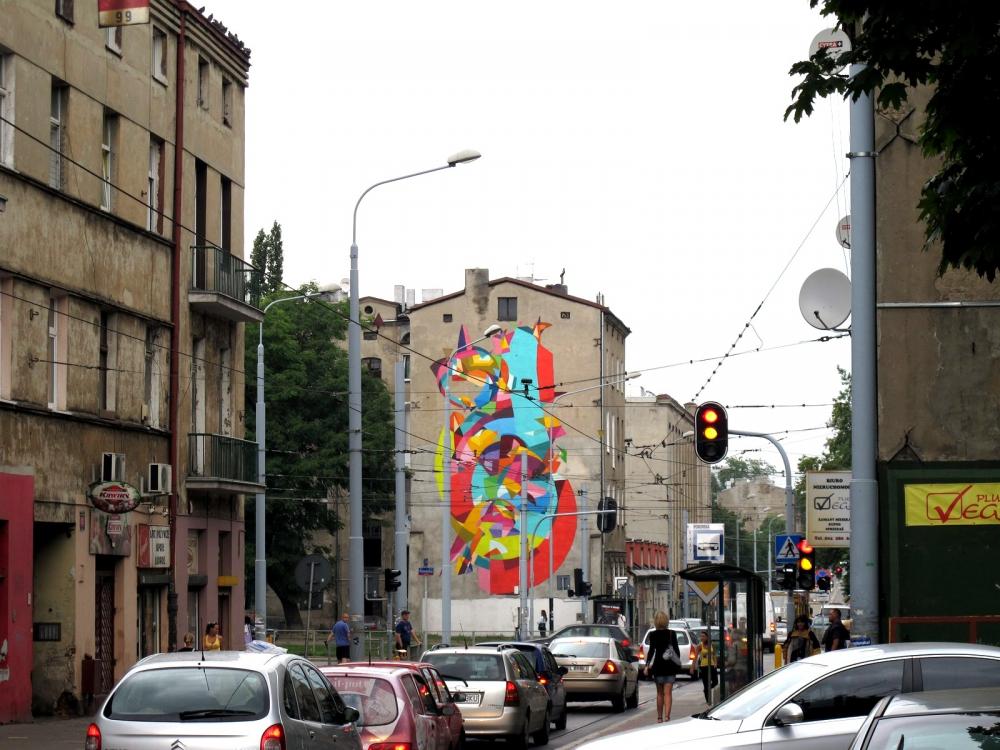 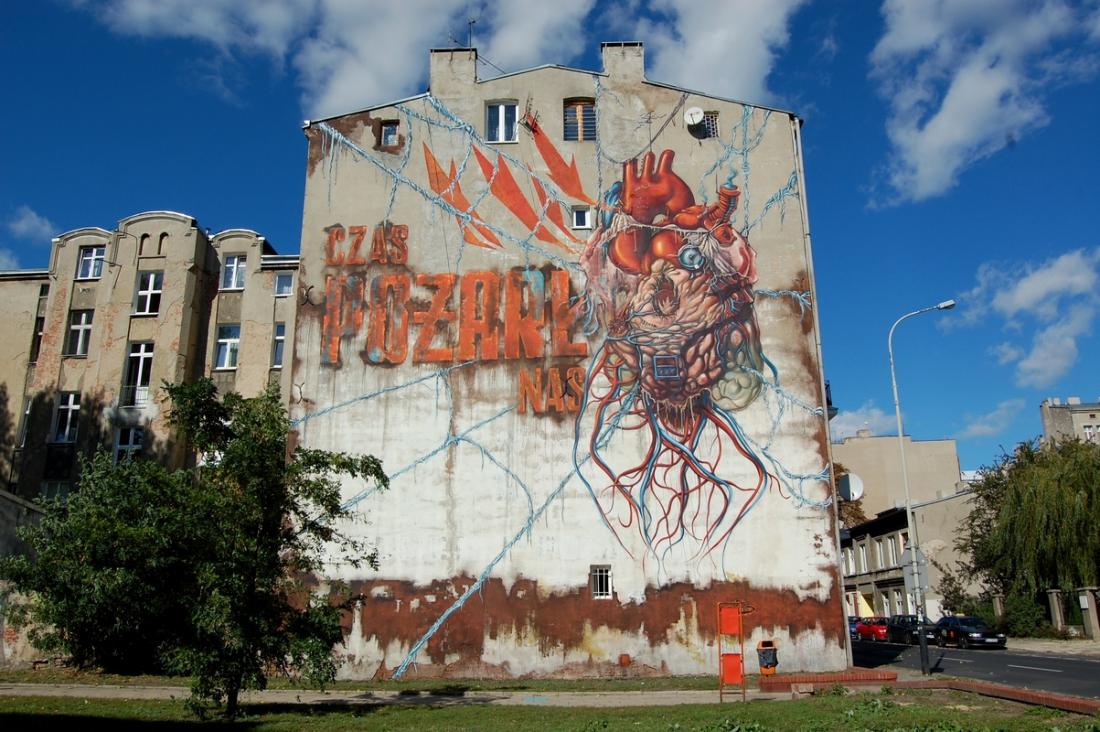 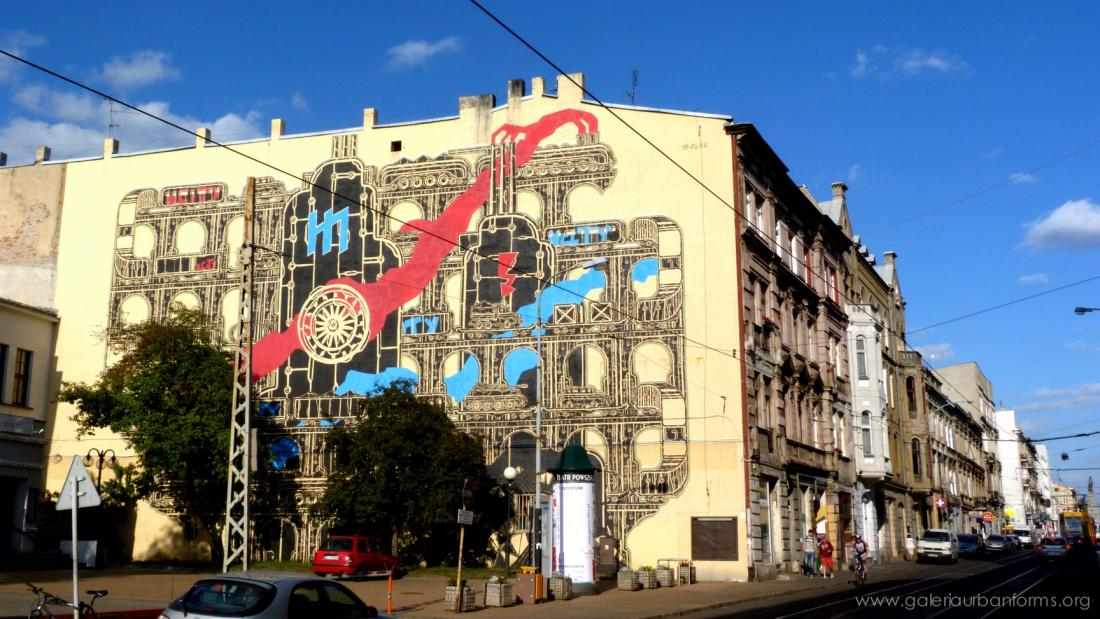 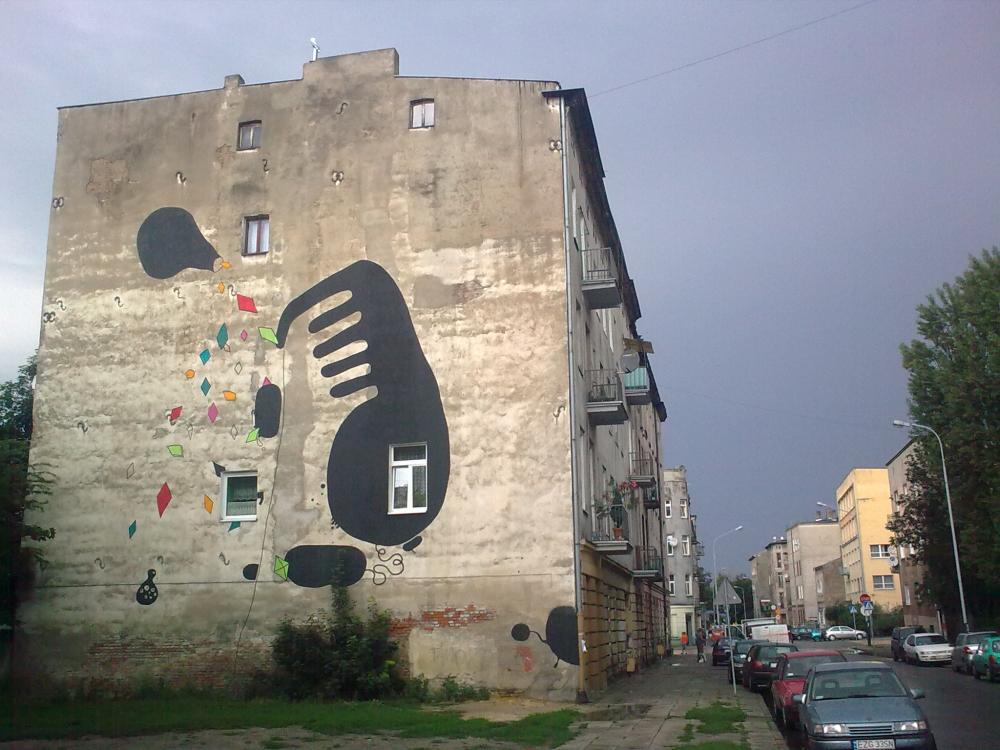 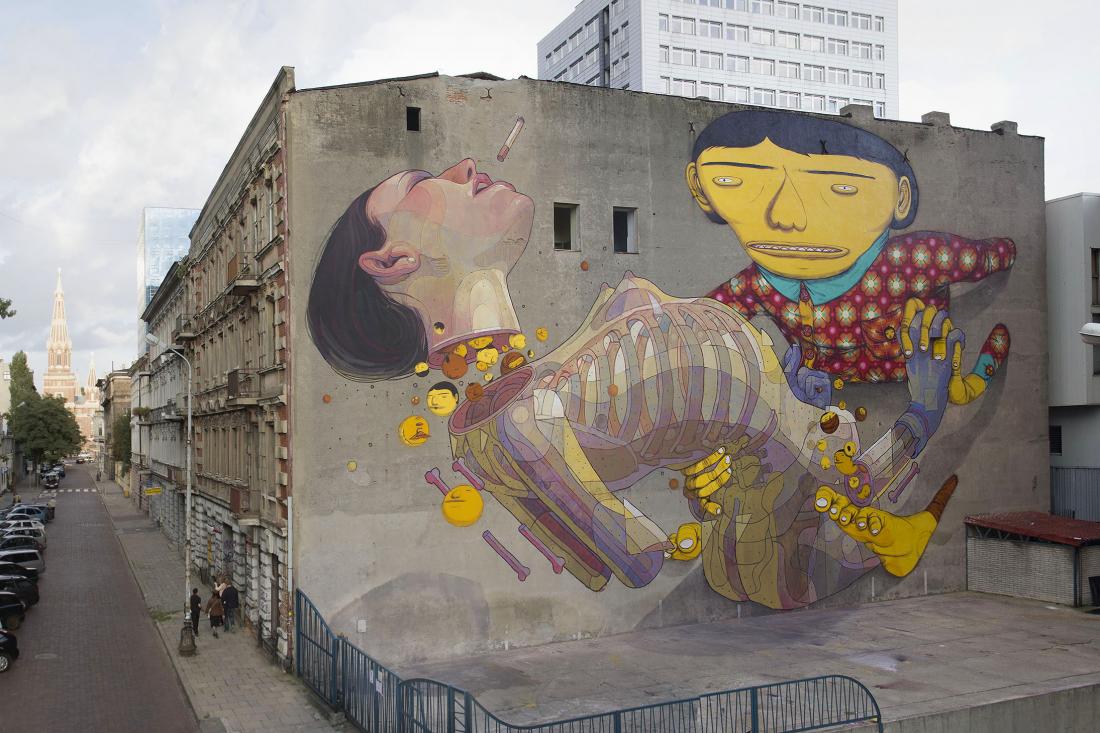 By Os Gemeos and Aryz. 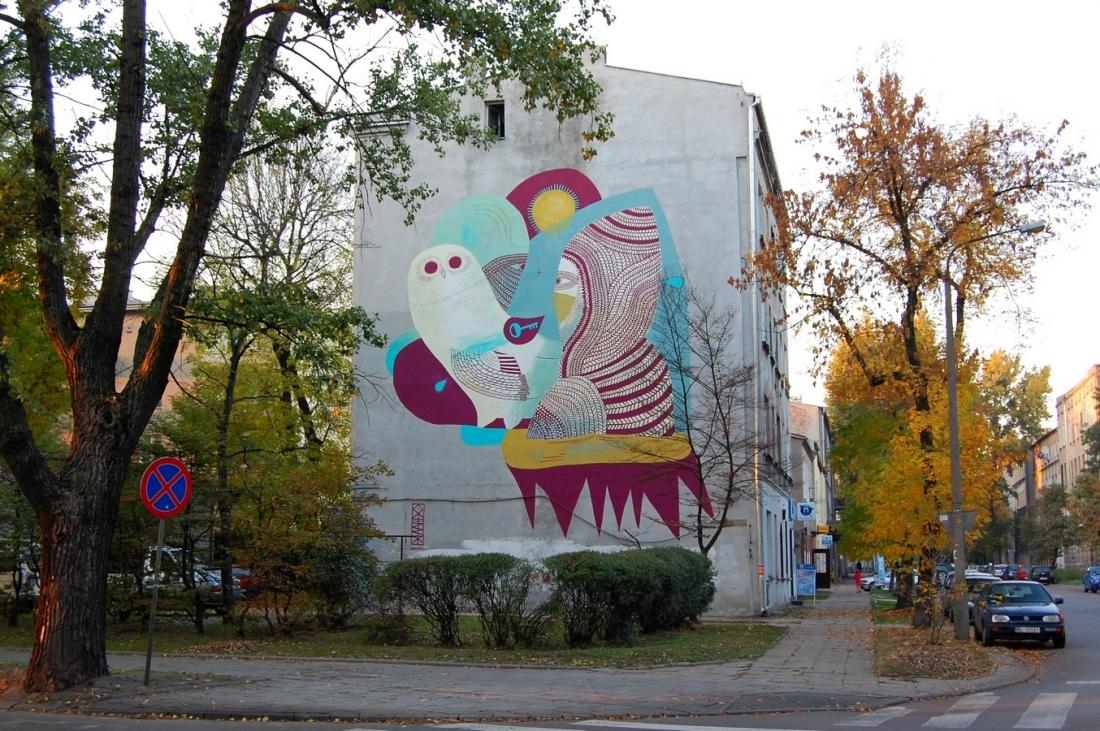 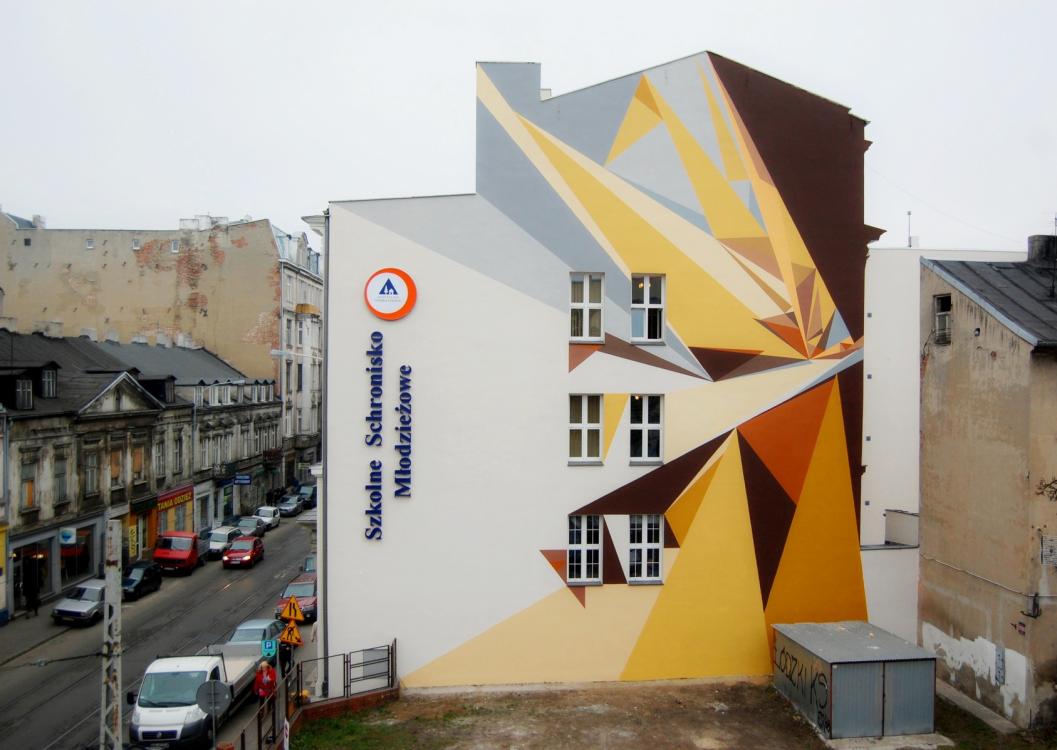 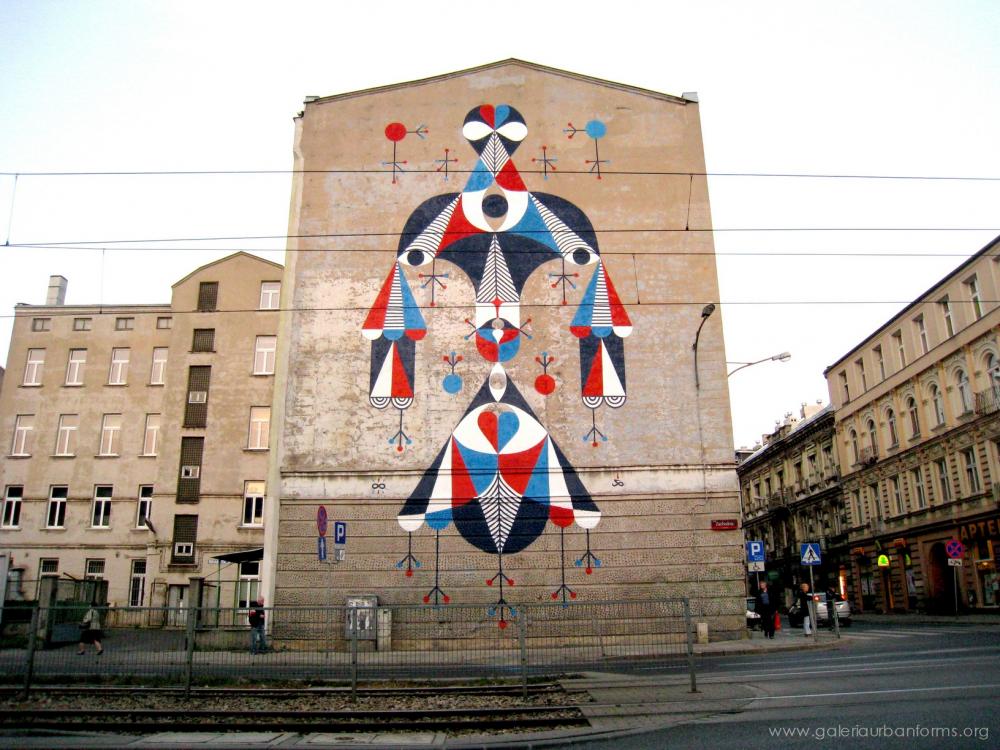 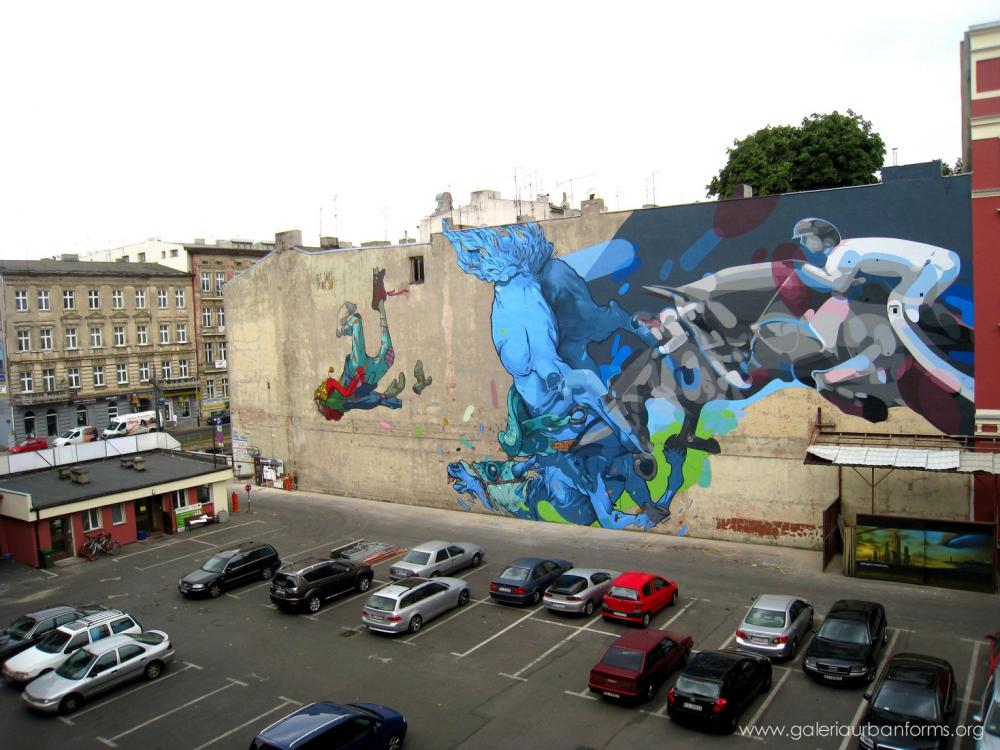 By Sat One and Etam Cru. 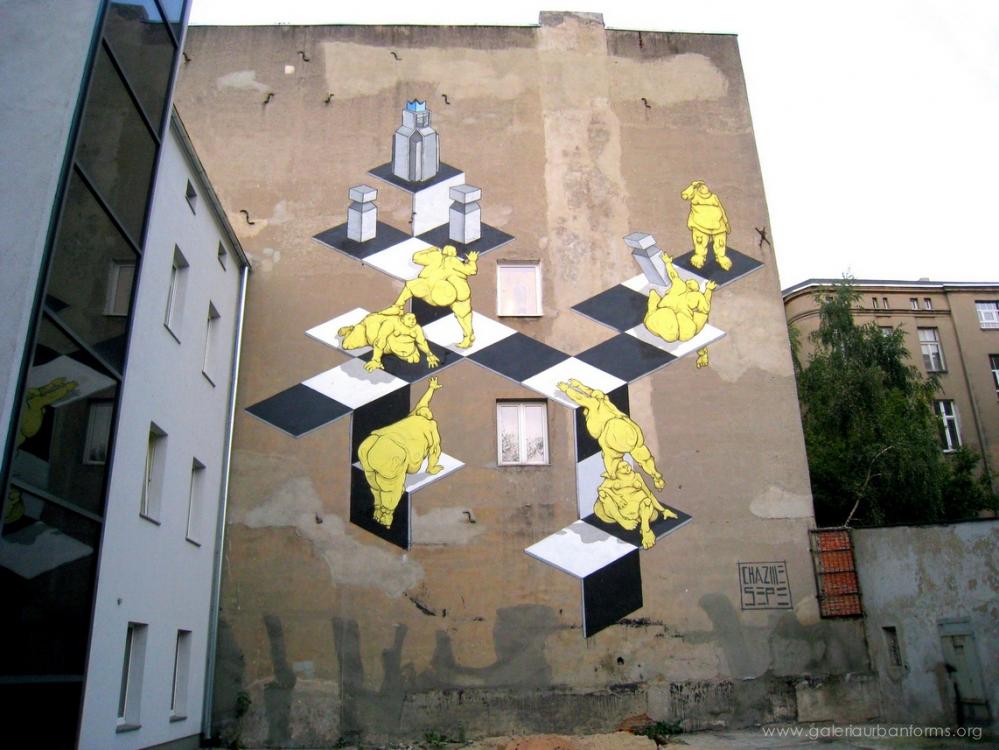 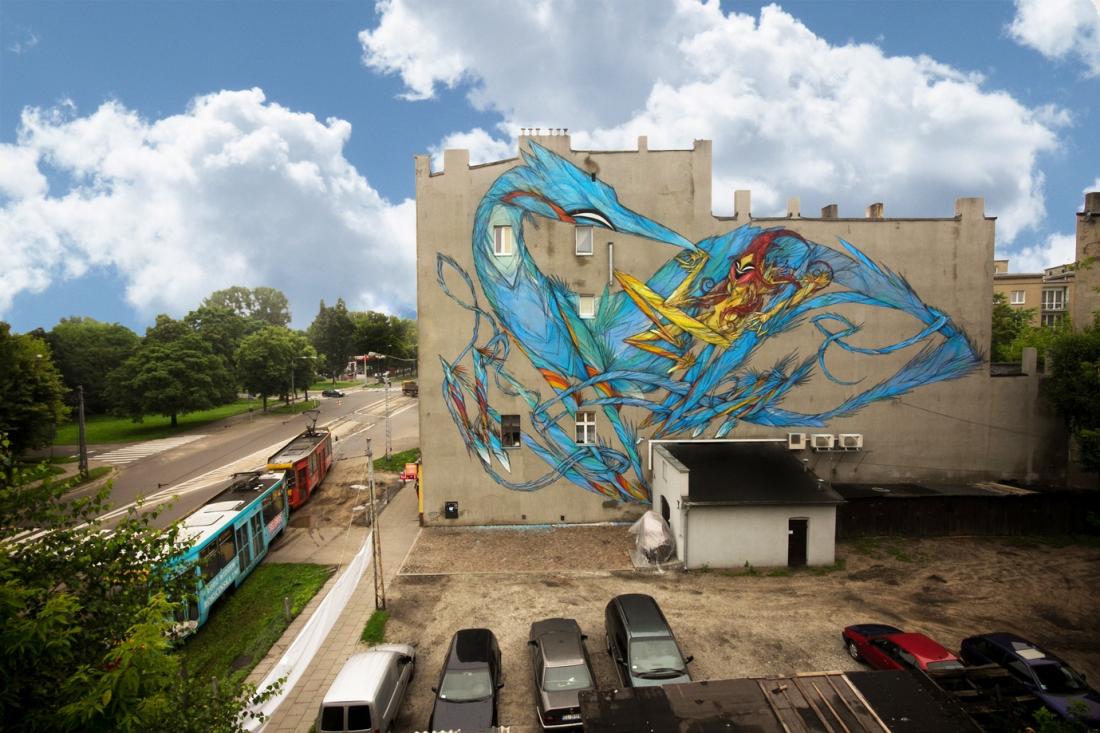 Urban Forms Foundation was created in 2008. We focus on a broadly defined city culture and on organizing, promoting and supporting independent artists’ initiatives in a public space. We want to change city space by raising its quality and aesthetics. We find artistic activities as important tools in education and social revitalization.

Urban Forms Gallery is the main project of the foundation. It is a permanent street art exhibition in a public space in Lodz. As for now, it consists of 21 large format paintings, murals, created directly on the side wall elevations of buildings placed in the city centre. They form an artistic trail open to everyone: citizens and tourists. As taking care of the high artistic value of the whole undertaking is fundamental, we invite artists who are world leaders in creating street art in public spaces.

The gallery is situated in a unique architecture of Lodz city centre with blank walls along main streets. It also refers to cultural heritage in the form of numerous and well preserved advertisement murals created between 1960 and 1980. Because of this, Lodz becomes an important centre of street art in Poland and in the world.

In the upcoming years, Urban Forms Gallery will be enriched with other street art objects like sculpture, installation, street jewellery etc. We’d like large format paintings to become a flagship of the city and Lodz to be associated with modern and valuable art created in a public space. 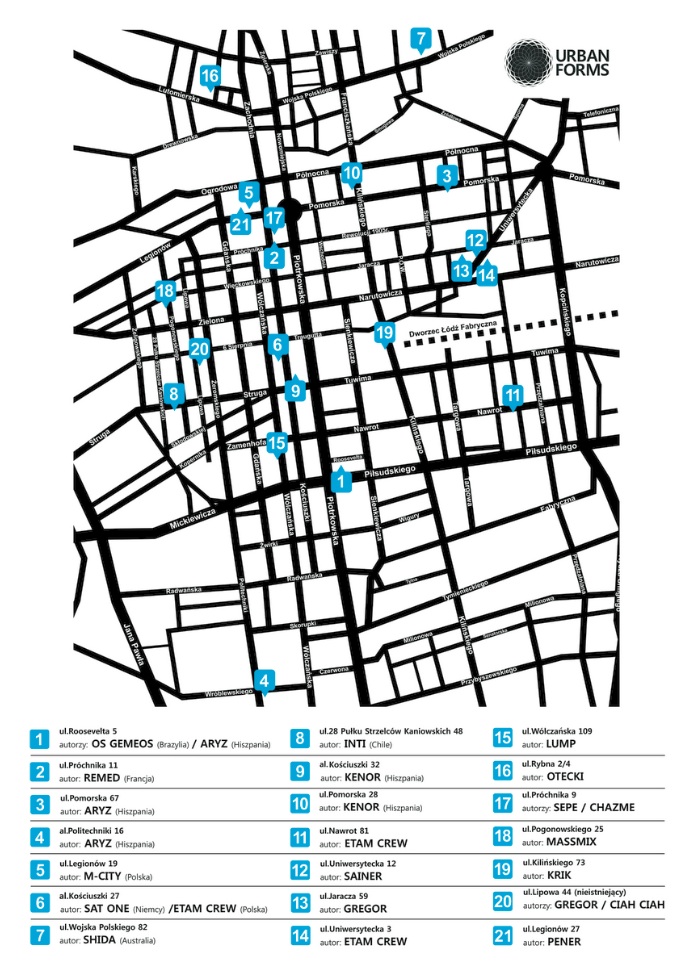