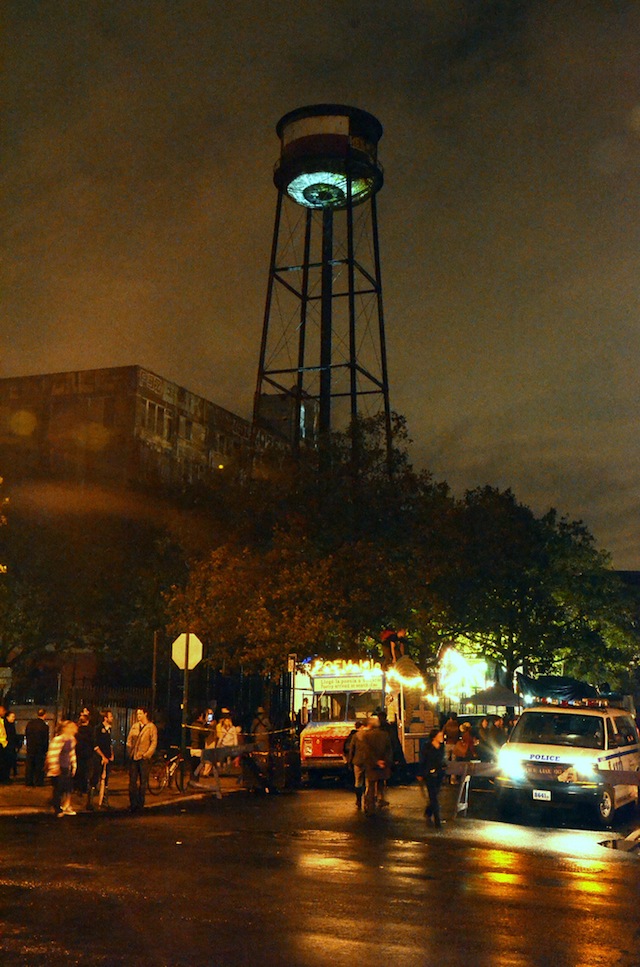 CCTV/Creative Control seeks to question the oppressive mechanisms and discourses implemented in the city through the temporary appropriation of public space. The intervention consists of a video projection displaying an over-sized eye onto the lower surface of the 10-storey-hight Milton Street water tower in Brooklyn, New York. Still the highest point in the area, until it is dwarfed by new gentrification plans, the water tower exists as a relic of the neighbourhood industrial past.

The intervention temporarily transforms this iconic landmark into a discernible CCTV tower, raising questions of private control over public space in the urban context. By intervening in the everyday order of contemporary urban life, CCTV/Creative Control aims at both producing moments of antagonism “however transitory, fragmentary or ephemeral” and finding new ways to practice the city, not simply as consumers but as creators.

Marcos Zotes is an architect/artist who lives and works in New York.
More on www.metacitizen.com.