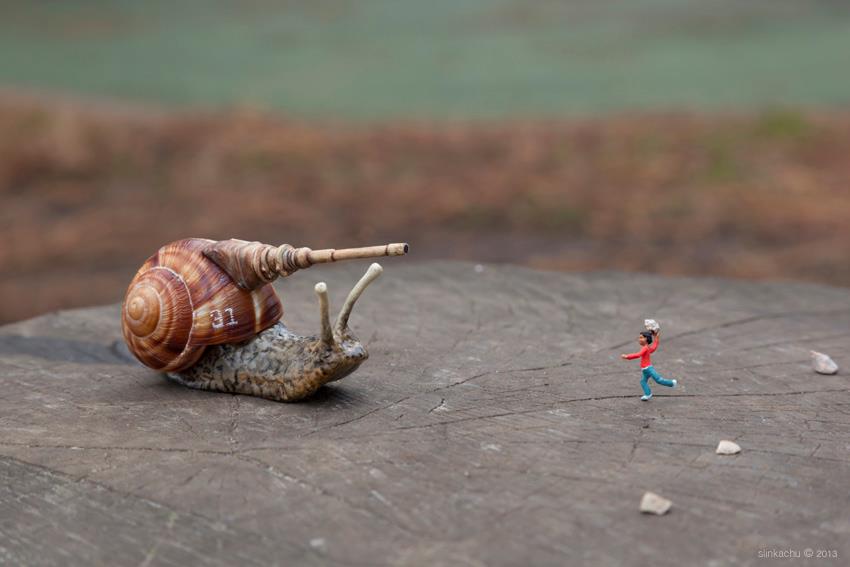 On Facebook. By Slinkachu in London, England. More by Slinkachu on Street Art Utopia.

“These were created for War Child, the charity who support children affected by war around the world. The three images will be featured in ’20 Years of War Child’, a new exhibition celebrating 20 years of the charity’s work. The show is being staged at The British Music Experience museum of popular music at the O2 in London, and will feature my works alongside photography and album artwork showcasing War Child’s long-running collaboration with the great and good of the music industry. The exhibition opens on Tuesday 19th February and runs until 28th March”