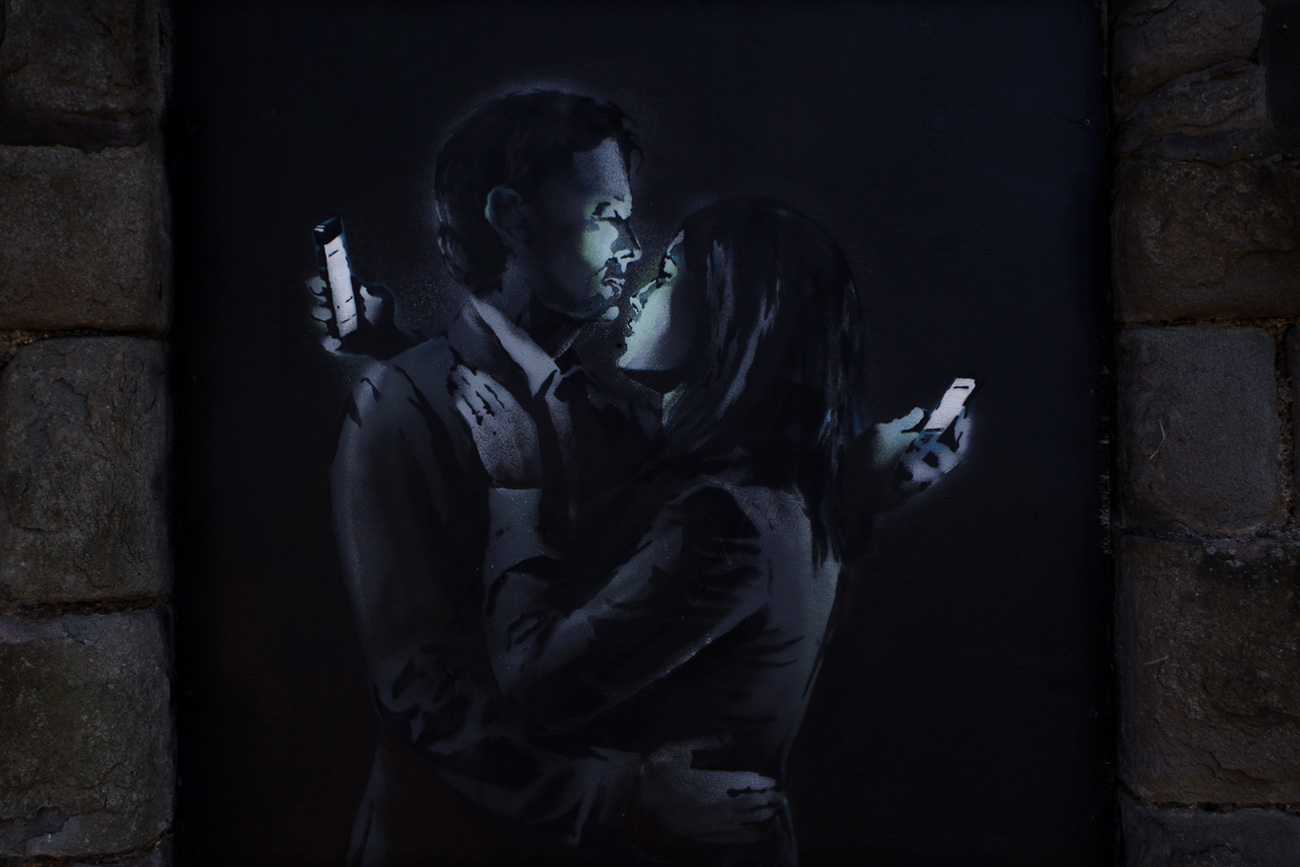 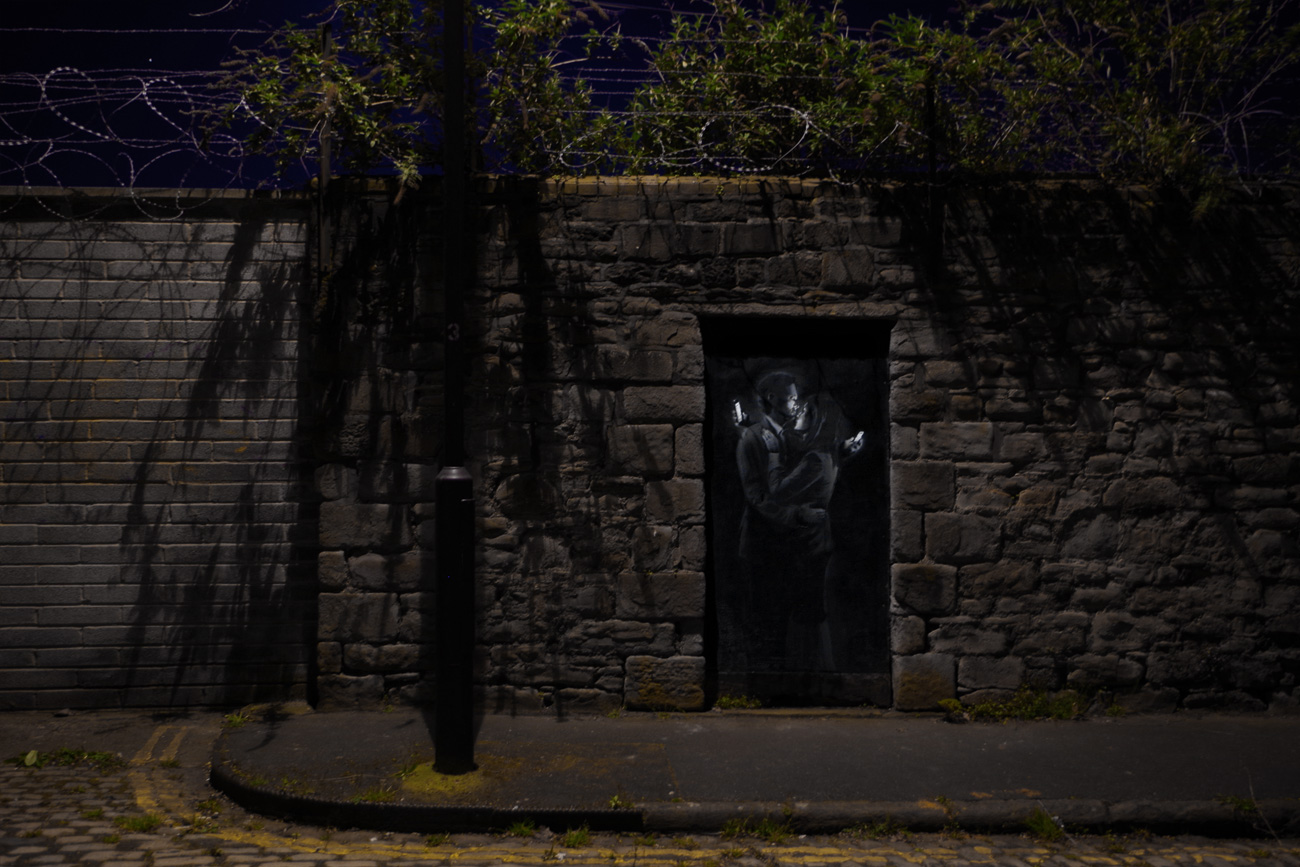 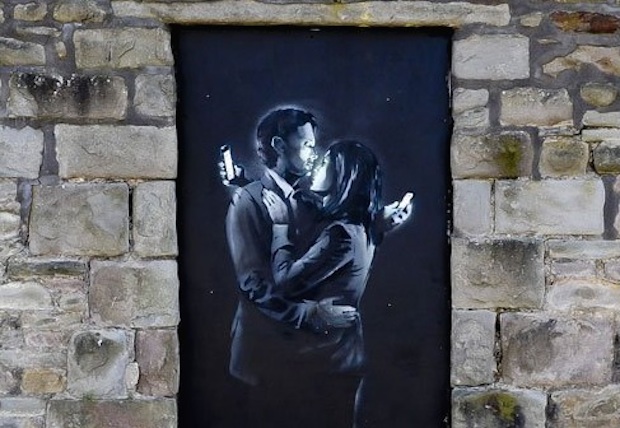 By Banksy in Bristol, England. 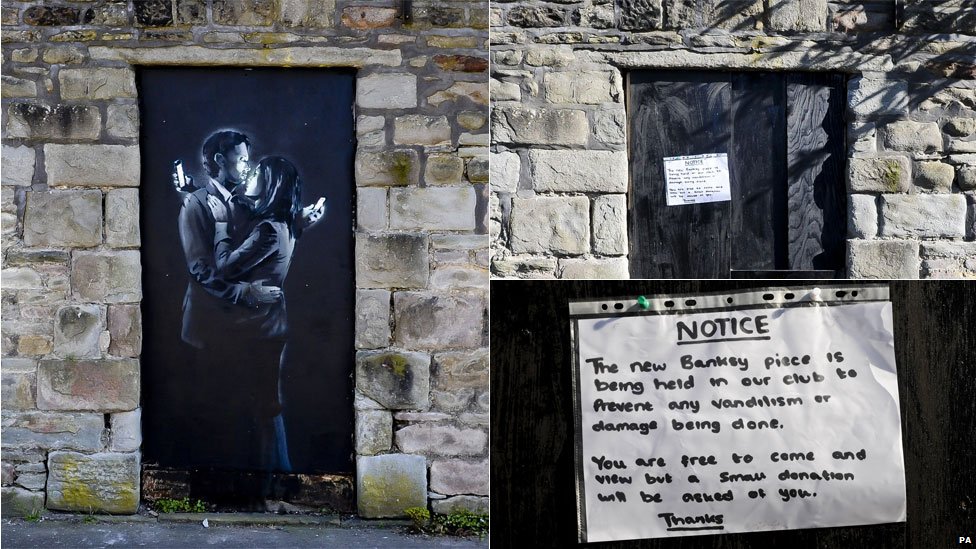 New street art by “guerrilla artist” Banksy has been removed within hours of being found in Bristol.

The artwork, showing a couple embracing while checking their mobile phones, was posted on Banky’s website on Monday and discovered on Clement Street earlier.

Hours later, the nearby Broad Plains Boys Club removed it with a crowbar.

The Banksy – believed to be on plywood – has been replaced with a note saying it was held at the club “to prevent vandalism or damage being done”.

The work was discovered by Banksy fan Sally, who managed to track it down using the photo-sharing website Flickr and Google Street View. 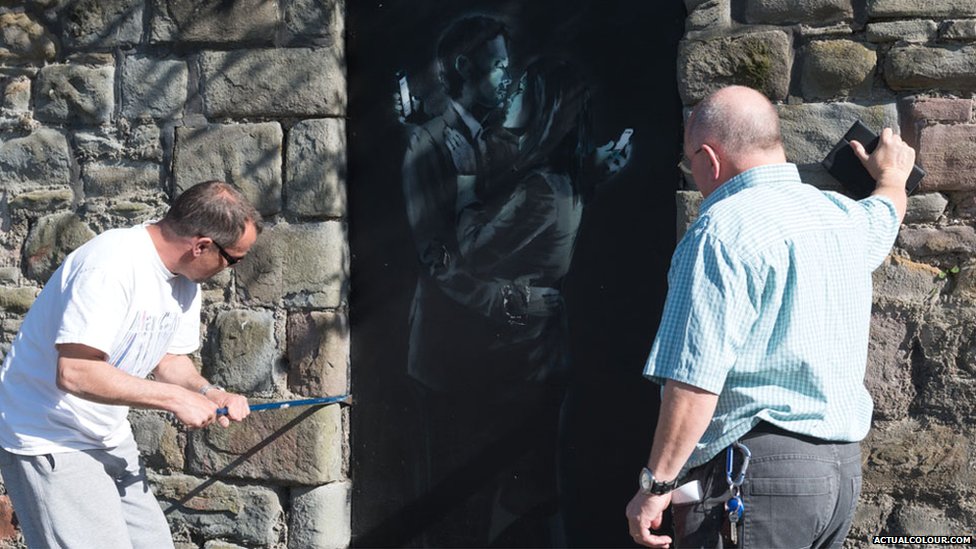 “I was so excited, I popped down there and took a couple of photos – just after 10pm – but didn’t tweet them because it’s only held on with screws and I was worried the first person to go there would be a thief.”

Gordon Powell, a youth worker from the club, said: “We’re open all the time, day and night, so people can come and see it for a small donation.

“There’s a massive wall he [Banksy] could have done it on but he didn’t, so we think he did it to help us raise the money.”

The discovery of the new artwork came after Cheltenham Borough Council said it would be happy to help protect a piece of art, believed to be by Banksy, on a wall in the town.

Depicting three men using listening devices to “snoop” on a telephone box, it appeared on Sunday on the side of a house in Fairview Road. 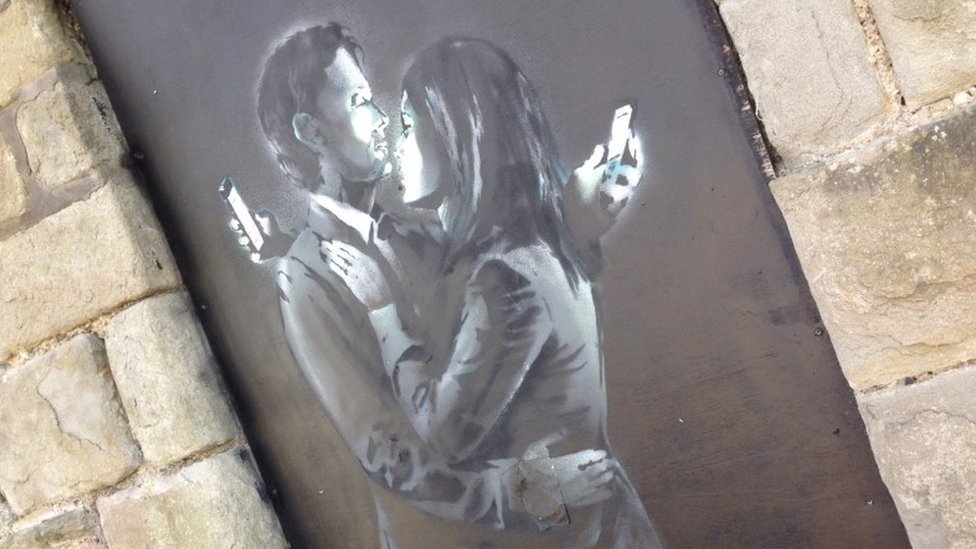 A council spokeswoman said: “The council cannot condone graffiti which is put on to people’s property without their permission.

“However, we recognise that the public do see work by Banksy as significant pieces of public art and it is clear that this piece has been getting a huge amount of favourable attention.

“It would be a shame if it was removed or damaged.

“As the artwork is on private property, it is the for the property owner to decide whether they would want it to be kept – they would need to consider the impact this may have on the residents of the property and the wider community.

“Although we still do not know if it is original work by Banksy, given the public interest, we would be happy to help the owner find a solution which would protect it from tagging or other graffiti.” 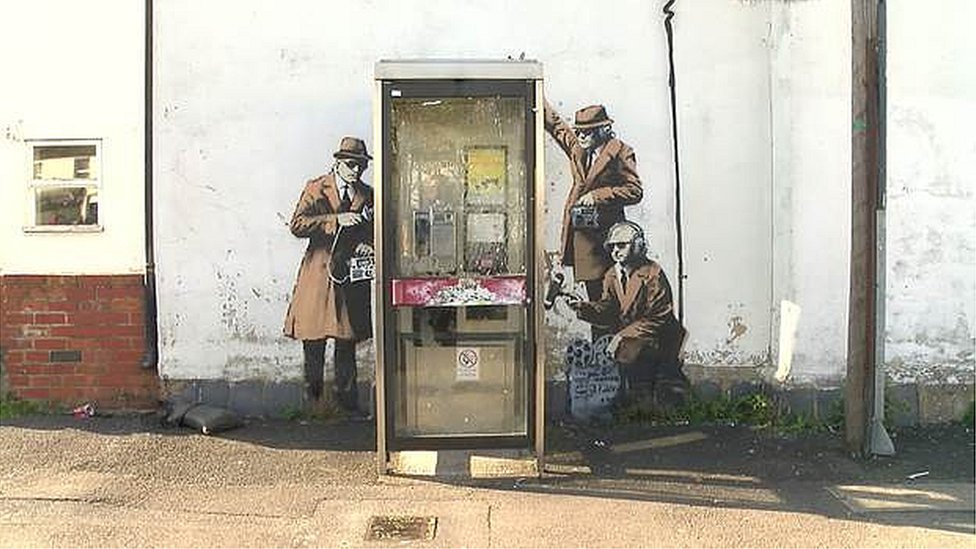 Another work, thought to possibly be by Banksy, appeared near GCHQ in Cheltenham over the weekend

The spokeswoman said the council was trying to get in touch with the owner of the property, but it had so far failed to make contact.

Karren Smith, who lives in the rented house, said she was “amazed” when she first saw the mural and by the number of people turning up to view it.

“It’s really good. It was quite horrible before – just a white wall.

“It’s been mental. It’s completely mad. Yesterday the path was so chock-a-block. People had to step on to the road to get past.

“We’re not even this busy on race week.”

One famous early Banksy artwork, depicting a gorilla in a pink mask, was mistakenly painted over in Bristol in 2011.

Other Banksy images, including examples in Bristol, London, Southampton, New York and Melbourne, were vandalised or accidentally covered.

Banksy has not yet claimed the work in Cheltenham but it bears his hallmarks, according to other street artists.