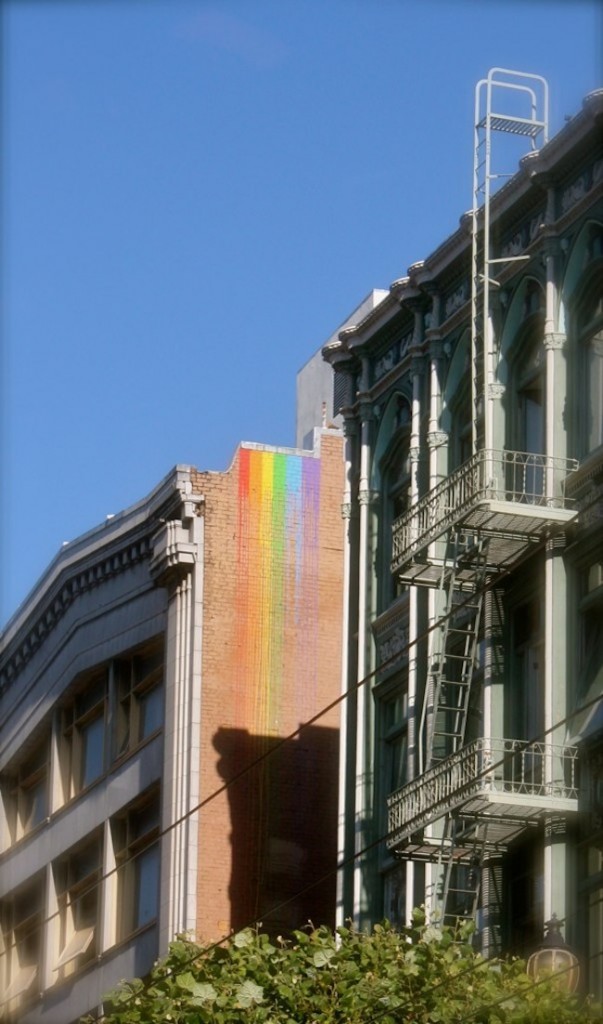 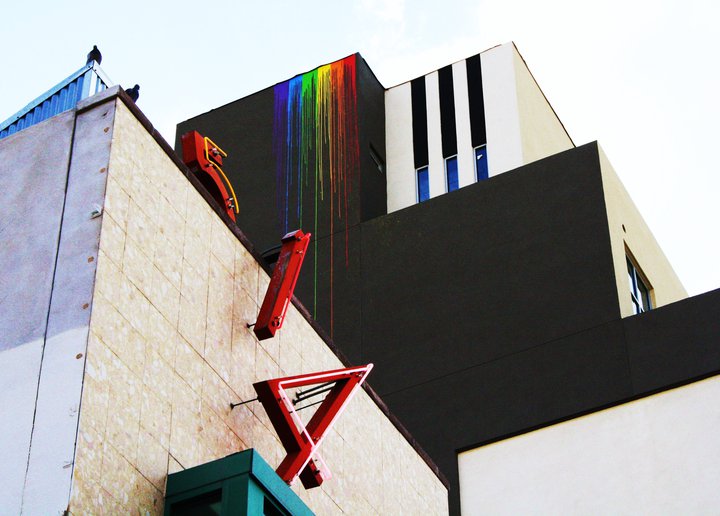 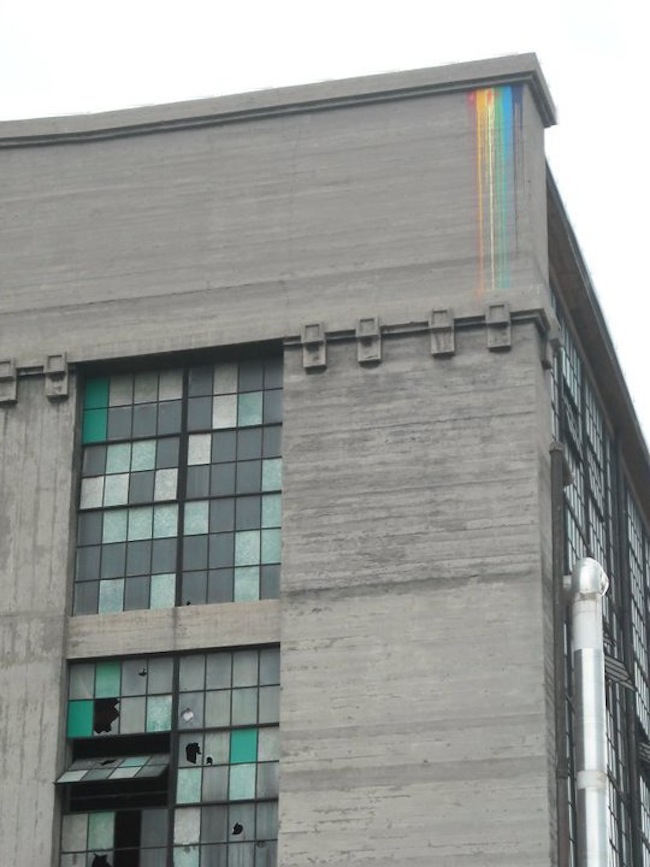 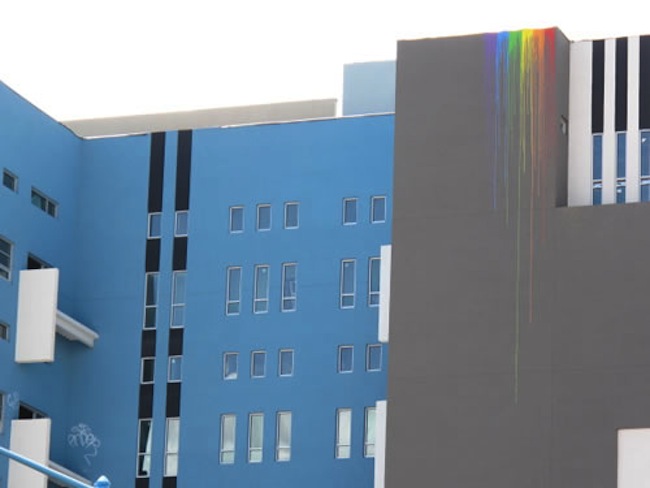 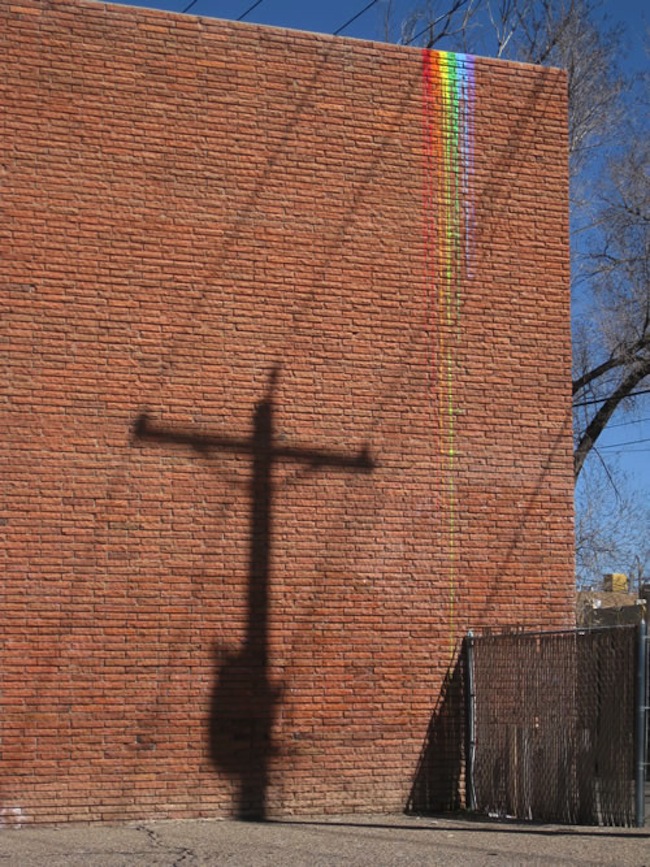 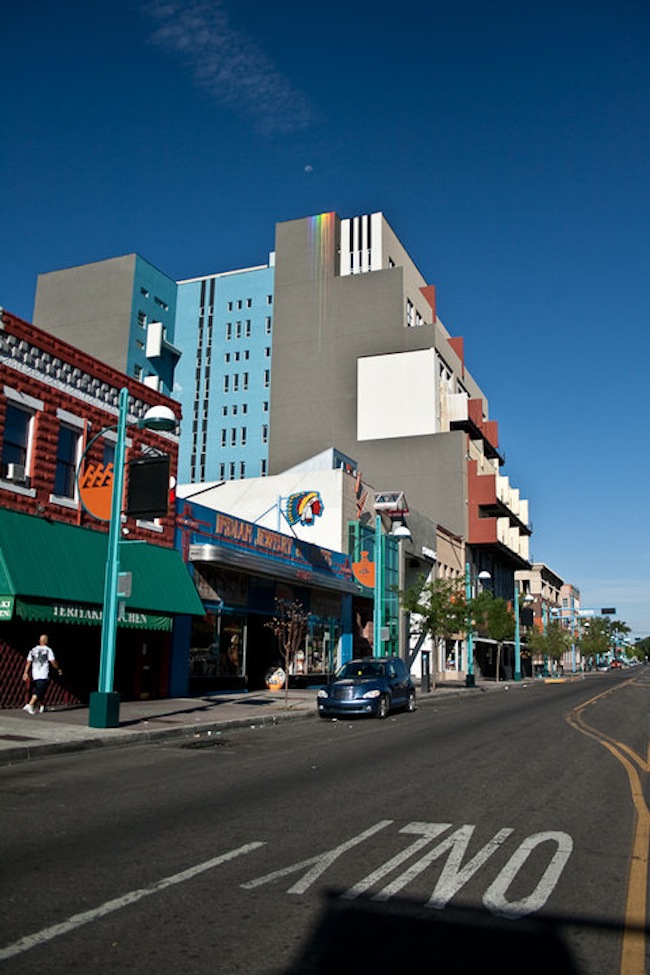 From a interview with the artist behind the rainbows:

“Why do you think the one at Sixth Street and Central has gotten so much attention?
The building itself is already kind of in a weird standpoint. It was in the news. It’s just this ugly, eyesore, half-completed building that’s been that way for years. I think because it was already in people’s minds, they saw this ugly building with these ugly connections. I chose that one because I’ve been looking at it since they stopped construction and I knew it was going to be just another building in Albuquerque that was going to sit until it fell apart. I chose it because it already had some attention, and some negative attention, and I wanted to direct that negative attention and show that sometimes something ugly can be beautiful, too.” More.