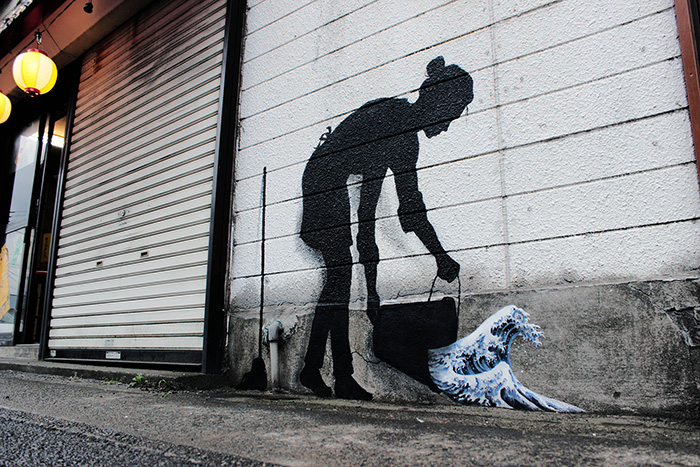 “Everyone is an Artist

Making use of the Joseph Beuys affirmation I’ve made this tribute to all working women of the world.” 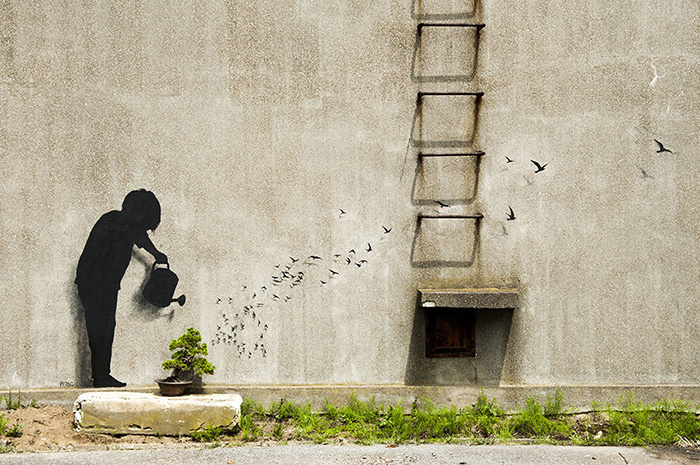 Using a Bonsai that I got from an old nice lady, an icon of Japanese culture that I have always felt interest in, I have wanted to make a surrealistic work that plays with scale of different elements.” 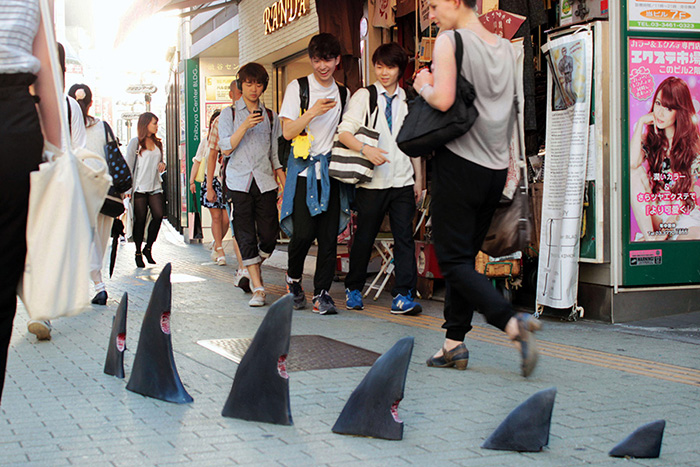 This is a work that make use of the classic anime esthetics to camouflage a critic to a reality much less kind: the genocide of an specie (Sharks) for which Japanese consumers are not the only but the main responsible for. A sea beast that emerges in the city revealing a human bite on its fin.” 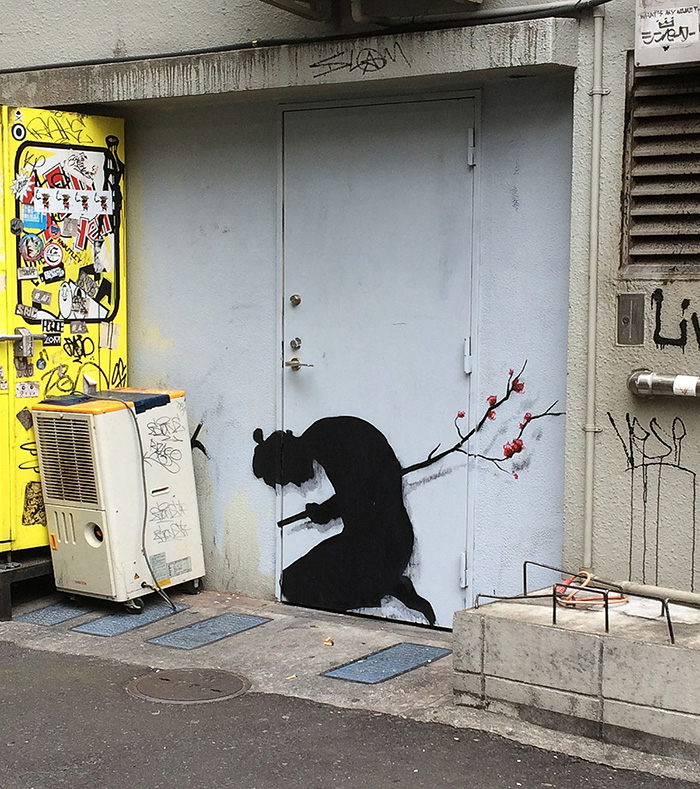 I originally conceived this as an indoor painting some time ago. I couldn’t help to but to make this sort of tribute as a manner of thank you to the Japanese culture for the inspiration that drove me to create it in the first place.”

By Pejac in Tokyo, Asia.