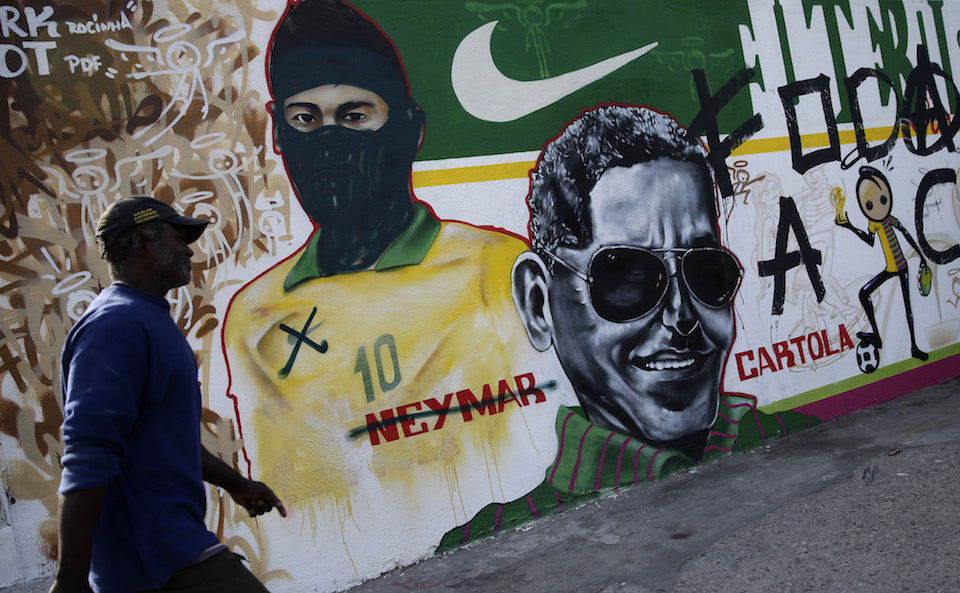 A man walks in front of mural covered in graffiti featuring Brazil’s Neymar which has been modified to make the Barcelona striker look like a member of the Black Blocs, which have been active in Brazil’s ongoing protest movement against the World Cup, in Rio de Janeiro, Brazil, Tuesday, May 27, 2014. Teams from 32 nations will compete in the upcoming World Cup, with Sao Paulo hosting the opening ceremony and kick-off match between Brazil and Croatia on June 12. (AP Photo/Hassan Ammar) 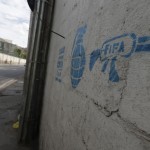 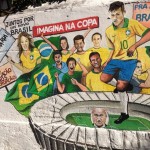 Street Art In Your Inbox: